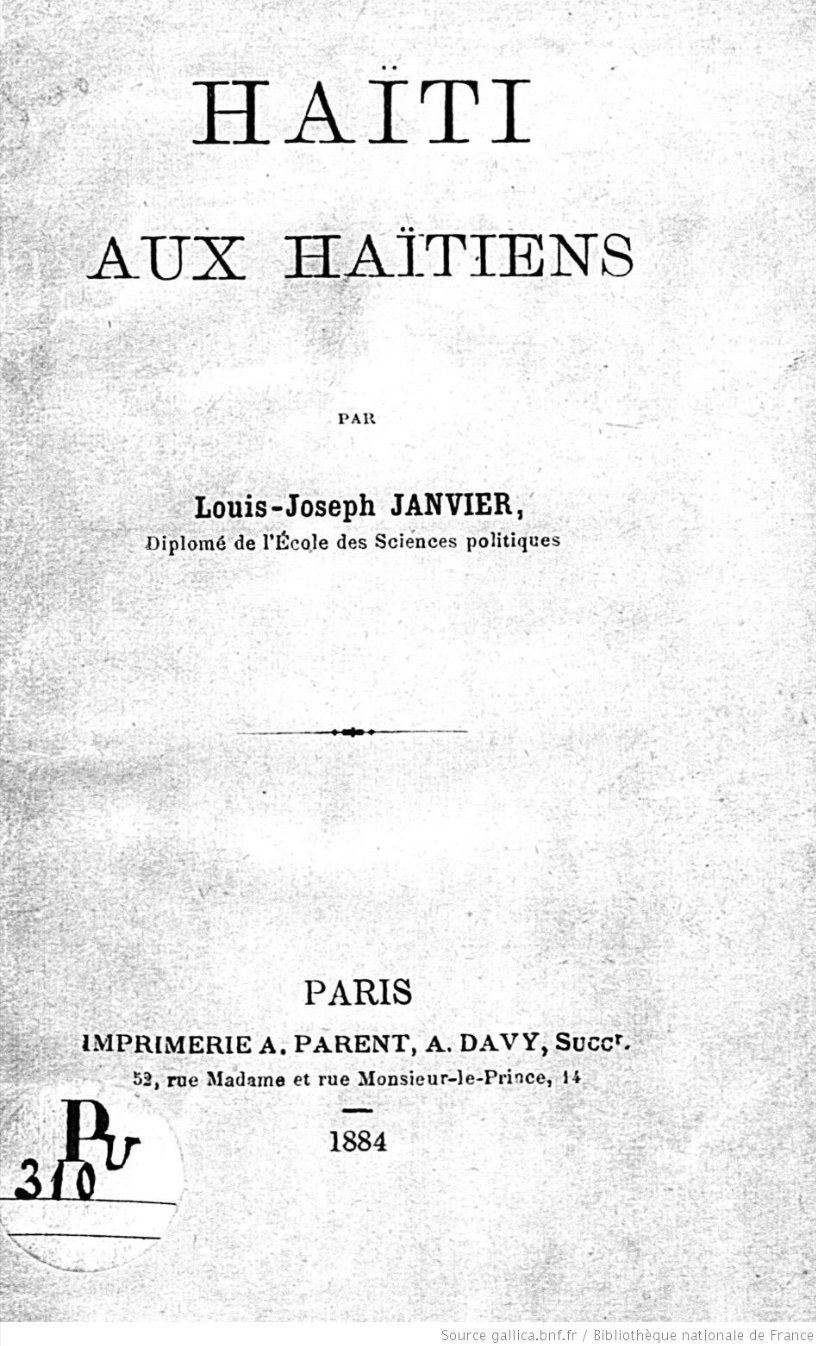 The five articles that make up this book were written shortly after the events of 1883 when the struggle between Nationals and Liberals reached its climax; representatives of several foreign states threatening President Salomon with military intervention if he does not restore calm. It is in this context that Louis-Joseph Janvier - for whom this interference in Haitian affairs is unbearable - warns his compatriots against any attempt to alienate the national territory.