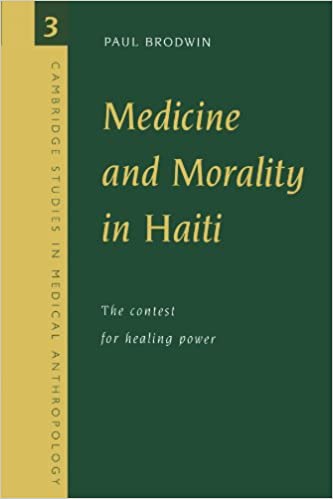 This book explores the cultural conversation about illness, healing, and morality in the Haitian countryside. When people fall ill, their search for effective treatment opens up a realm of complicated moral concerns. Certain kinds of illness, and the decision to seek out certain kinds of therapy, can raise disturbing questions about personal innocence and guilt. People must then reassert their moral worth, and they do this in specifically religious terms. They ally themselves with a morally upright source of healing power – connected to one or another spiritual being – and ardently denounce the competing religious options. The contest for healing power thus takes place in the shifting and plural realm of Haitian religion. Conversely, people stake a claim to a particular religious identity largely through participating in a given set of healing rituals. Finally, these religious idioms of suffering and healing mediate between the local world of isolated rural communities and the national and global forces that are transforming Haitian society.

The two strands in this conversation – competing religious identities and the moral dimensions of sickness and healing – came together gradually in the course of my research in the rural community of Jeanty, near the southern port city of Les Cayes. I heard the first strand loud and clear on one of my first trips out to Jeanty. The second strand remained submerged much longer in the details of illness episodes and the practical talk about remedies.